Proteins are a fundamental part of our lives and they have different functions in our body. The most important is the one related to muscle recovery, after doing some physical effort or as some say, "tissue regeneration." However, it has other functions, such as:

There are many more functions that derive from the protein, the previous ones named would become the main ones, now comes the big question:

Proteins are macromolecules that are united by peptide bonds and are formed by linear chains of amino acids, they provide 4 calories per gram, in the same way as carbohydrates but their main function is not energy.

All proteins are made up of carbon, hydrogen, oxygen, nitrogen and most contain sulfur and phosphorus.

What is your function?

Proteins present various functions due to their structure and these are present in multiple biological processes such as hormonal, structural, defense, and movement enzymatic functions, among others.

Our cells in our body use amino acids to be able to produce our proteins because thanks to them the tissues, enzymes, hormones, antibodies, and some neurotransmitters.

Therefore, protein is essential for the formation or repair of muscles, bones, or other tissues. Some proteins can function as enzymes that promote chemical reactions in the body. Others act as transporters to transport food (such as lipids, vitamins, or minerals).

If you want to know about foods with more proteins, check our post hereí

Written by team of Fitness and sport 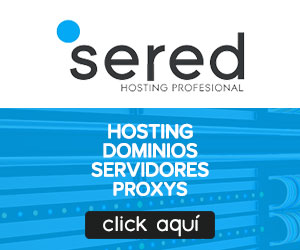 Amaranth What is it, what are its benefits?

This website uses cookies to improve your experience while you navigate through the website. Out of these, the cookies that are categorized as necessary are stored on your browser as they are essential for the working of basic functionalities of the website. We also use third-party cookies that help us analyze and understand how you use this website. These cookies will be stored in your browser only with your consent. You also have the option to opt-out of these cookies. But opting out of some of these cookies may affect your browsing experience.
Necessary Siempre activado

Any cookies that may not be particularly necessary for the website to function and is used specifically to collect user personal data via analytics, ads, other embedded contents are termed as non-necessary cookies. It is mandatory to procure user consent prior to running these cookies on your website.